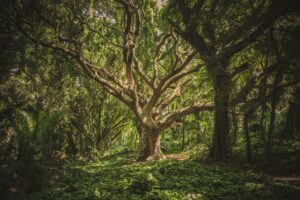 As I welcome visitors to my website, I hope to use this space for matters that seem of particular importance to me.  To begin at the root, I write first in support of the music that has so deeply enriched my life and that of so many others close to me and people with whom my life has intersected.  I feel I must begin with an acknowledgement of its great worth—that body of beautiful and soul-enriching music we call “classical music”.

When I was growing up, classical music’s centrality in providing the greatest possible musical enrichment was a given.   When I first taught at Queens College, every student, regardless of major, took two courses in the appreciation of classical music.  It was a requirement. At a time when politicized students opposed all required courses, I inaugurated an anonymous survey of my students at the end of the course. Two thirds of them indicated that the requirement of a course in classical music should be retained.  But to no avail.  Within a few years, led by the politicized students, the requirement of a course in music was abolished.  This action deprived all the following generations of students of the opportunity to discover a great source of enrichment for their lives.   When a first music course was a requirement, there were many students who later eagerly enrolled in elective courses in music, their interest piqued by their first experience.   When the first music course was no longer required, and its enrollment dropped precipitously, there was a corresponding drop in the number of students signing up for music electives. Clearly, a potential group of people who might have learned to like classical music, never learned of their own proclivity for it and moved on to a life without it; without something that would have been a source of great joy. I frequently run into two groups of people: the first, music lovers who report that their love for music was initially kindled by a required course in college; the second, people without classical music in their lives who regret its absence and wish that they had been required to take such a course.

The diminution of the role of classical music in the Queens College curriculum reflects a similar diminution of its role in the larger society.  No longer does a major network maintain an entire symphony orchestra so that it can broadcast nationally performances led by a great conductor.. No longer does an oil company sponsor national broadcasts of the Metropolitan Opera.  Perhaps this decline is part of an inevitable cultural retreat.  Such a cultural retreat is diagnosed by Jacques Barzun in his magisterial study, From Dawn to Decadence in which he sees an arc of culture rising around 1500 and spending itself in decadence by  2000, the year in which it was published.  If Barzun is right in describing and endorsing this diminishment as a kind of cultural cleansing to make way for some unknown and possibly greater flowering in the distant future, there may be no better course for those of us who have found a life-sustaining force in classical music than merely to try to slow its decline, at least until those we know and love are no longer on the planet to miss it when it’s gone.

If that is true, it is very sad.  Perhaps, as some feel,  classical music, its greatness spent, must fade from the lives of coming generations.  Perhaps this would be happening, even without the intercession of forces militantly trying to push it out.  Perhaps; but those forces do exist…still mostly on the fringes but pushing toward the center.  Mao Tze-Tung in China acted for those forces when he proclaimed a ban on all performances of classical music as part of his “Great Step Forward”.  There are, of course, many musical cultures in the world and here in New York.  Some of their adherents see their relationship with classical music as adversarial—I wish they didn’t…others as collaborative and interactive—I wish they all did.  Without wishing to deny any individual or group the right to favor and promote the music of their choice, I still feel that people are hurting themselves when they deny themselves access to the rich, soul-fulfilling experience of classical music.    That so-called “Western Classical Music” is not confined to a single culture should be obvious to anyone who has observed the way Asians:  Chinese, Japanese and Koreans, have taken to and mastered “Western” classical music.  It is music that can appeal to and nurture the best in everyone.   But it is, to some extent, an acquired taste, and not everyone is willing to make the effort to acquire it, especially where the objective of that effort is subject to belittlement, however unfairly,  as a symbol  of entitlement and even oppression.  It is my strong contention that the music is created for universal appeal— that it was never intended to place one gender or race or social caste above another, and is demeaned by anyone who ascribes a narrow, divisive motive to it.  It offers an abundance to anyone who will reach for it.

Returning to Barzun and his term: decadence may be the inevitable destination of our current cultural swirl.  Barzun sees this as a positive.  I don’t.  Composing music was my choice of profession over the law and politics because I became convinced, when a college student, that the creative artist is in a position to have a greater impact on the evolution of society than even a powerful politician.   In my decisions as to what to compose and how to compose it, I feel that I must try to be true to the reasoning that brought me into this profession in the first place.   I write music in an idiom that was prevalent over a century ago when music was at its zenith and, by no stretch of the imagination, decadent.  At the very least, I would hope to slow the march toward irrelevance that classical music seems to be taking.  At the most, I still have a hope, however fleeting,  that something I create might reach people with suggestions of a way out of this “March to the Scaffold”. Instead, I would offer a music that might help to restore the ideals of the Age of Enlightenment.  That Age that didn’t foresee, and would have been horrified to learn, that “progress” or “change” on the route society was taking would lead, as more modern thought seems to have guided it, to the authoritarian mindset of such national autocrats asTrump, Xi, Orban, Duterle, Bolsinaro, Putin and  Maduro among others.  Sometimes, when what appears to be a road forward has been leading us in the wrong direction, it is helpful to stop proceeding in the direction it is leading; to retrace our steps until we can find a junction point from which we can seek a better future.  We know, alas, that our society has not lived up to the motto that all men (and women) are created equal, but we must remember that these were already the ideals of the 18th Century.  That is no reason to reject them.  Has the 21st Century come up with better?